The museum is staffed entirely by volunteers. It is a 2-story building.   The first floor of the museum walks visitors through a history of the war -- from its precedent French involvement to the hurried, disorganized evacuation by the Americans.  The second story, a large open room, showcases an extensive art gallery as well as some additional exhibits including booby traps and a row of tables covered with silver-canned C rations. 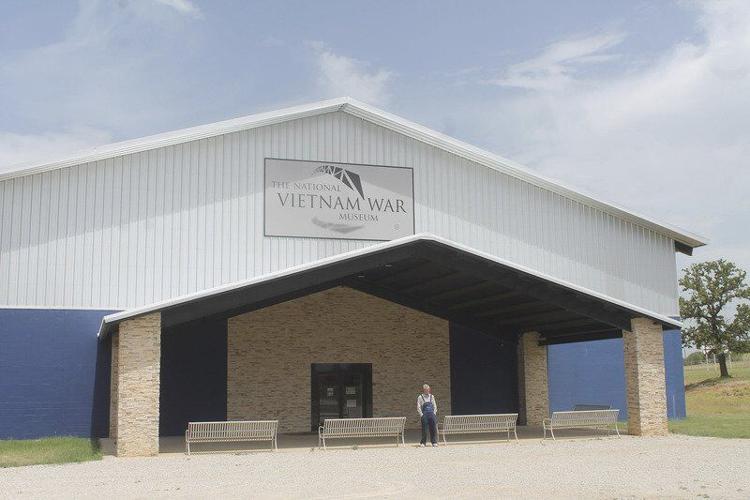 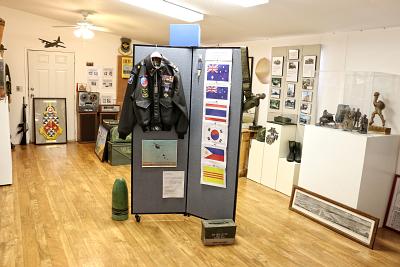 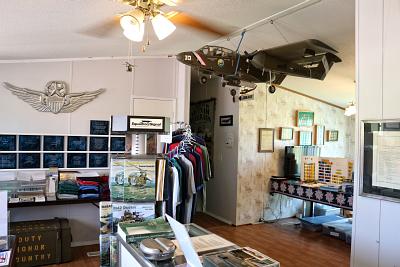 Southern Airways of Texas, Inc. held the government contract to train the helicopter pilots who would fly and fight in the Vietnam War.

For additional details visit the museum. 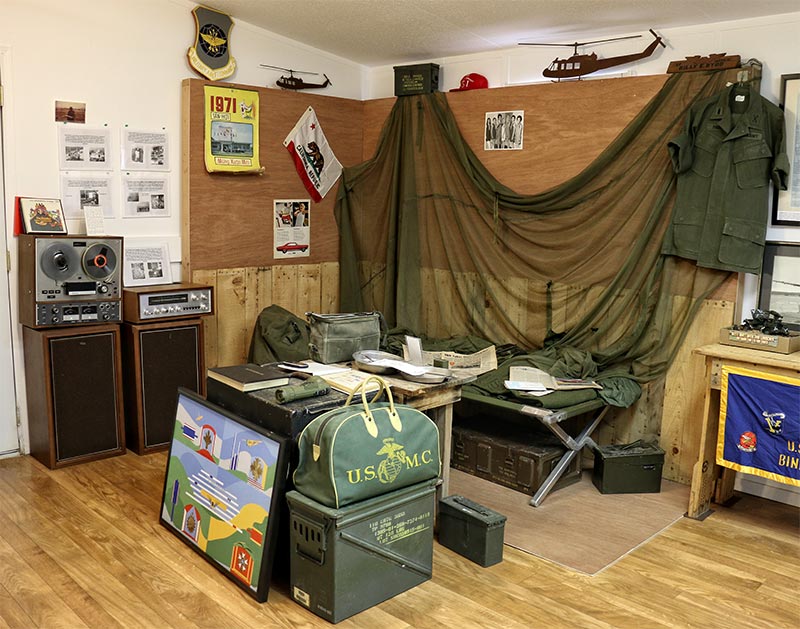 Servicemen and women serving in Vietnam experienced a variety of living conditions. From the infantryman in the field, sleeping in a hastily dug fighting position, with only a poncho or shelter half for protection from the elements, to those assigned to Saigon, living in an air-conditioned hotel room with maid service, and everything in between.

A hootch is the name given to a soldiers living quarters in Vietnam. The mat on the floor represents the usual size of the interior of the hootch.

Visit the Museum to learn more.